Oprah discovered Dr. Phil. I have found counselor Wayne—Phil’s former partner. Wayne McKamie Jr. is a local psychologist and self-help guru. And unlike Phil McGraw, McKamie isn’t seen on TV and doesn’t have a book deal. McKamie practices the same theories and methods that have made McGraw a household name and a millionaire. And McKamie does it right here in Kansas City.

Almost everyone has heard of McGraw, Oprah’s straight-talking expert on life strategies and relationships. He helps people make tough choices in their lives by injecting them with a dose of reality. McKamie and McGraw were once partners at the same clinic in Wichita Falls, Texas. Years ago the two psychologists worked at the clinic of McGraw’s father in Wichita Falls. 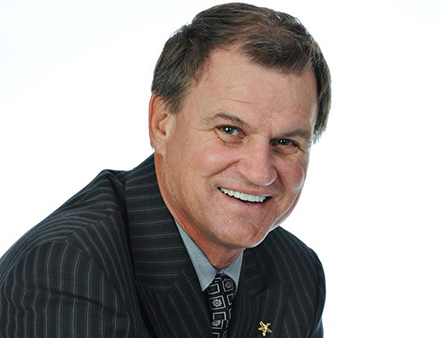 McKamie hooked up with McGraw after college. McKamie earned a bachelor degree from Southern Nazarene University in Bethany, Okla., in 1975, and in 1976 he earned a master’s degree in clinical psychology from Central State University of Oklahoma. McKamie went to work in Wichita Falls, and one day on a tennis court there he met McGraw’s father, a well-known psychologist in town. “It wasn’t long after that I met Phil playing tennis,” McKamie said. “We all met on the tennis court.”

After McGraw joined his father’s clinic, McKamie soon came aboard. One day someone recommended the two men attend a seminar on experiential learning. Afterward the two psychologists became fascinated with the subject. “Experiential learning wasn’t something that was taught in academic circles,” McKamie said. “Phil and I were just amazed at how people could make emotional, even physical changes, by spending time looking at themselves.” After the seminar both men examined the methods they’d seen and then began to perfect their own form of therapy.

Eventually, McGraw and McKamie went their separate ways. But McKamie never forgot what he learned while working with McGraw. Today, McKamie, licensed in Missouri as a professional counselor and social worker, runs his private practice out of an office next to St. Joseph Health Center. McKamie is also founder and president of Focus Seminars of Kansas City, a company he started in 1990.

You’ve probably never heard of Focus Seminars. McKamie doesn’t advertise. He’s not trying to compete with McGraw. “Phil’s success is awesome,” McKamie said. “Now the nation gets to know that if you want to make change, there are turnkey tools that can help make a difference.” That sounds a lot like McGraw minus the hard edge. McKamie describes McGraw as a former jock, whose tough guy persona comes through on television. “Phil just tells it like it is,” McKamie said.

Focus Seminars is no picnic, either. The sessions often get emotional. “The biggest confrontations are the ones participants have with themselves,” McKamie said. “It’s not a hand-holding deal. When a man or woman gets up and talks about what’s important to them, there’s emotion.”

McKamie believes Oprah deserves credit for recognizing the merits of McGraw’s work and then publicizing it. So I’m like Oprah today. McKamie is the Dr. Phil of Kansas City, minus the star status.

What Others are Saying

What I got from Focus was a sense of self-worth and respect. I'm a worthy, respectful Woman!!!